I was asked by Flavius Aspra to write a blogpost in english about my recent experiences about being a newcomer in the php crew.

To summarize my previous post, I mentioned that I’m following the php internals mailing list for a while now, and some of the devs pushed me to contribute more, so I fixed some tests when Rasmus posted his CTA.

Things went “downhill” from here: I got my svn account accepted in about 2 hours, Pierre got me an “Visual Studio Ultimate with MSDN Download All NFR” from Microsoft to be able to build php on more platforms, and I ended up being the maintainer of the peclweb codebase(you wouldn’t belive the bugs that I found there…).

So this the short story of me ending up as a php contributor.

My experiences are mostly positive, there are a lots of stuff to fix/improve and usually the people on irc and the mailing lists are really nice (except those few trolls lurking around there), and there are some old grudge between a few people, so sometimes there are arguments beyond reason.

I usually try to follow Vash on his path, but sometimes I just fail: 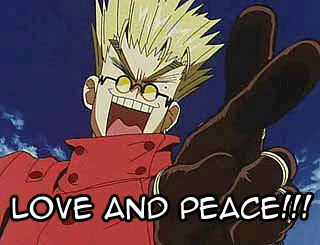 ps: maybe I should get some sleep…